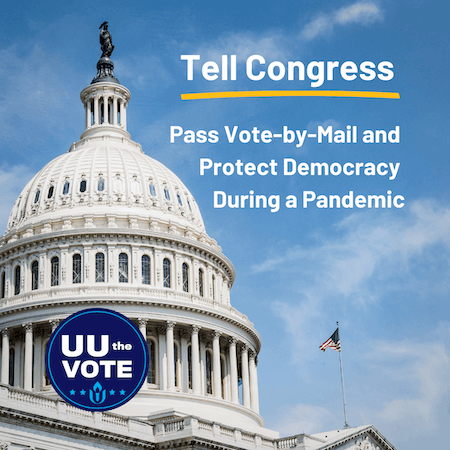 Tell Congress to Pass Vote-by-Mail and Protect Democracy During the Pandemic.

Find the contacts and activities in UU the Vote’s top line states. 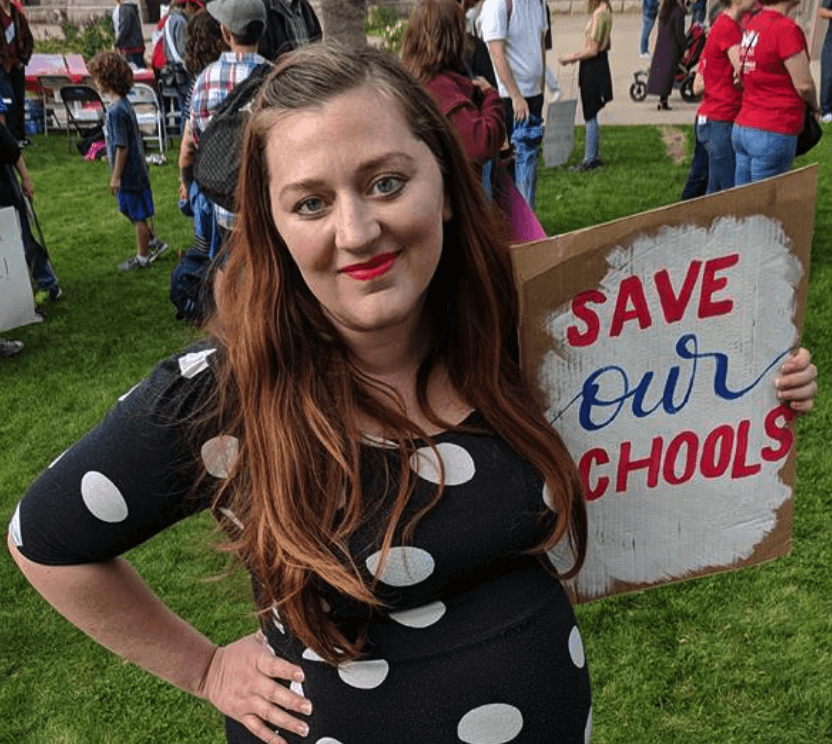 UUJAZ’s strategy and partnerships unite our organizing efforts in Arizona state-wide, and focus us in engaging in values-based conversations in a virtual deep-canvassing model. Our work includes:

1) Supporting ballot initiatives aligned with our values. UUs are at the table for Outlaw Dirty Money, Invest in Ed, and Save Our Schools ballot initiatives, collecting and verifying signatures, serving as petition depots and notories, and pushing our state legislators to allow online signature collection.

2) Engaging candidates for city, county, and state seats based on the issues. The ACLU of AZ Smart Justice campaign leads us in recognizing the power of County Attorney candidates, a race which could see de-carceration by 50%, an end to cash bail, and elimination of private prisons. Equality Arizona raises the voices of LGBTQ+ Arizonans against the constant barrage of bad bills each legislative session, threatening to strip rights and limit protections, and looks to elect a State House and Senate that will affirm all people. During the legislative season, weekly updates from two of our UU policy leaders keep us informed on who in the state house and senate are proposing and voting for the bills we oppose, so we can vote instead for equity and justice. Sunrise Movement pushes candidates to commit to supporting Green New Deal legislation at the city, state, and national level.

4) Defending our voting process from suppression and increasing turnout. From demanding a vote by mail ballot for all eligible voters, to partnering with Reclaim Our Vote to text, call, and send postcards, we know that a UU’d vote is one where everyone has a voice.

5) Resourcing historically marginalized communities to thrive. We know that there are endless barriers in place to voter engagement in our Black, indigenous, communities of color, incarcerated folks, disabled, and poor communities, now more than ever. UUs joined and formed Covid-19 Mutual Aid pods from Sedona to Bisbee, including a 5k member mutual aid network in Phoenix moderated by Black Phoenix Organizing Collective. We’re working to de-carcerate via “car”avan protests, calls and petitions, alongside Puente Human Rights Movement and Mass Liberation AZ. We pushed for and won civilian oversight of the Phoenix PD with a coalition of ten grassroots orgs. We supported the Black Mesa community on the Navajo Nation with food and Covid-19 supplies, led by Black Lives Matter Phx Metro, Food Not Bombs, Sunrise Movement, and others.

We collected stimulus checks from UUs to distribute to undocumented folks, and to bond folks out of detention, for Keep Prescott Together, No More Deaths, and the Undocumented Workers Relief Fund. UUs volunteer to transport and feed asylum seekers released from detention with Phoenix Restoration Project, the IRCs Welcome Center, Casa Alitas, the Samaritans, People Helping People, and Fronteras de Christos.

Last but not least, UUs followed Poder in Action in using their voices to their mayors and city council members to spend CARES relief funds to invest in mental health resources, shelter and health services for folks without homes, and not on increased policing. We know that leveraging privlege and redistributing resources means we all have the best chance at making it to the polls and using our voices for change. 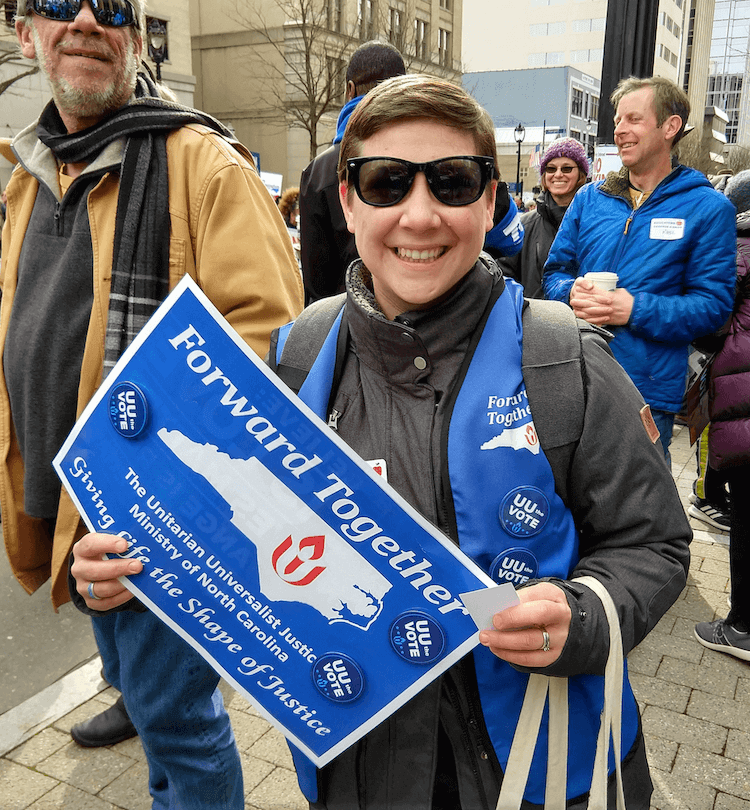 North Carolina has a long history of voter suppression, gerrymandering, and harmful policies which disproportionately affect the most vulnerable in our state. This year, UUs across North Carolina are mobilizing alongside our partners in justice to fight for fair and safe elections.

With the support of our two major partners, Democracy North Carolina and You Can Vote, the UU Justice Ministry of North Carolina is supporting four regional UU networks (Western NC, Charlotte, Triad/Triangle and East Coast) so that they can have the greatest possible impact this year. Through the generous financial support of the UUA and the UU Funding Program, we are doing deep canvassing, writing postcards, and whatever else it takes to respond to voter suppression and promote our UU values.

Along the way, we are deepening our relationships with our community partners and our fellow UU congregations so that our partnerships remain strong past November.

Especially this year, we are called to be resilient, creative, deeply rooted, and ready for whatever comes our way. Join us. We need all the help we can get.

UU Justice Ohio is recruiting and coordinating UUs in Ohio for voter outreach, education, registration and get-out-the-vote support as part of the larger Oho Voter Rights Coalition and its Nonpartisan Ohio Voter Outreach Committee. UUJO is also recruiting non-UUs for the Voter Outreach Committee through our partners. Major education efforts include Online Community Conversations and we are using social media and phones for voter registration work.